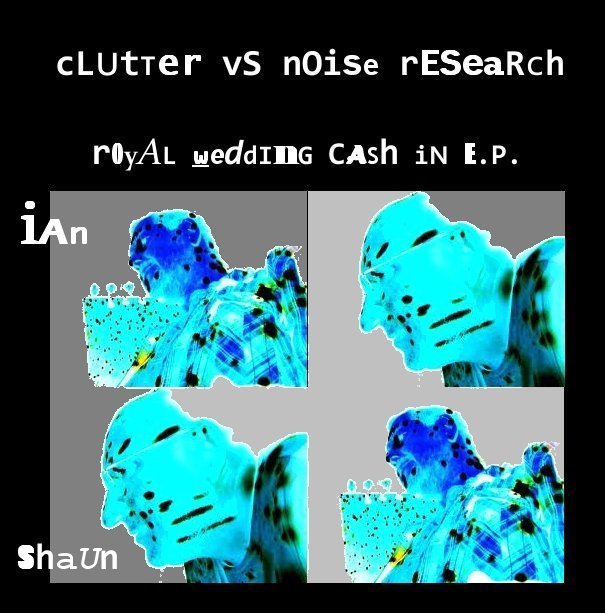 by
Clutter vs Noise Research

Two pieces composed, recorded and released on the day of the Royal Wedding fiasco by Shaun Blezard (aka Clutter) and Ian Simpson (aka Noise Research). It's a free download and you might as well have something for nothing ..... this wedding of two incredibly over privileged toffs has cost us a f**king fortune ..... An audio 'UP YOURS' to the royals ! Shaun Blezard is a community based audio/visual artist who lives in Cumbria, UK. He has worked as an artist, musician, producer, composer and workshop leader for the likes of Sonic Arts Network, Welfare State International, The Sage Gateshead, Youth Music, Whitewood & Fleming, Age Concern, Grizdale Arts, Shoreline Films, The Ashton Group, Artifacts, The Word Hoard and Barrow Borough Council. Ian Simpson has adopted an uncompromising approach in both playing and performance which has led to his involvement as a performer with ‘The Frakture Big Band’ (Liverpool), Noise Club (Liverpool), Janx: The Gathering (Wirral), ‘Gnod’ (Manchester) Aht-N (Cumbria) & ‘Fonik’ (Warrington). Ian's blog